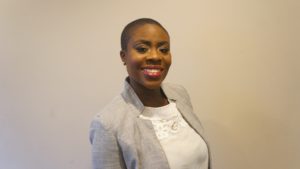 Dr. Tricia Quartey is an African American dentist originally from Southern New Jersey. Her parents migrated to the United States from Accra, Ghana in the 70’s to further their education. Although the first dentist in the family, her father is a well known podiatrist in Philadelphia, PA. She obtained her bachelor’s degree in Natural Sciences from Johns Hopkins University in Baltimore, Maryland, and her dental degree from the University of Medicine and Dentistry of New Jersey, where she continued pursuing her love of science, research, and art.

Dr. Quartey later completed her residency for family dentistry at Lutheran Medical Center, receiving the prestigious award of resident of the year. She continues to keep herself knowledgeable in the advances in dentistry, and is a fellow candidate of the Academy of General Dentistry. Dr. Quartey loves to dance, sing in the shower, and volunteer as much as she can!

Dr. Daniel A. Narain, a native of Atlanta, GA, graduated from Morehouse College with a BS in Chemistry and minor in Mathematics. He then spent three years after college working on the island of Aruba where his mother is from and subsequently moved to Philadelphia, PA where he received a Doctorate in Dental Medicine from the University of Pennsylvania. In Brooklyn he completed a General Practice Residency  at Lutheran Medical Center and Advance Program Periodontics in at NYU Lutheran. Dr. Narain prides himself on communication and building trust with his patients; he feels that communication is the key to proper healthcare. He is currently in the process in becoming a board certified Periodontist and he has recently passed the written exam. His hobbies include working out in the gym, playing basketball in a local recreation league, traveling and mentoring aspiring dentists.

Dr. Theressa Eliscar-Hewett, a New York native, attended Adelphi University, where she earned her BS in Biology. She received her DDS from Howard University College of Dentistry in Washington, DC.

After completing studies at Howard, Dr. Eliscar-Hewett went on to complete a two year General Practice Residency at Interfaith Medical Center in Brooklyn, NY. During her second year she served as a chief resident where she mastered her clinical skills, including teaching and administrative responsibilities.

Dr. Eliscar-Hewett believes in giving back to the community. She participates in numerous service events locally and internationally.  She maintains a continued presence at community action-oriented events focused on oral health care.